We were given three balloons, one filled with water, one with air and one with ice. We observed what happened to the contents of each balloon when we opened it.

Next, we sorted different materials into solids, liquids and gases.

We had a discussion about whether sand is a solid or a liquid.

In the end, we decided that sand is a solid.

Today, we designed an experiment to test the viscosity of different liquids.

We used a tray leant against a brick to create a ramp. We then drew a start and finish line on our trays. We used 5ml syringes to collect the different liquids. We set the liquids off from the start line one at a time and timed how long it took them to reach the finish line. We kept it a fair test by keeping these things the same:

The only thing we changed was the liquid.

We found out that ketchup is the most viscous liquid because it hardly moved in the 4 hours that we observed it. The cream and oil were the least viscous because they moved down the ramp fastest.

We prepared some food for a party using heating and cooling to change the states of different ingredients.

We made chocolate crispy buns by melting chocolate. We recorded the temperature of the chocolate at regular intervals and used this to create a time graph later in the lesson.

We made ice cream two different ways by cooling liquids until they became solid.

Finally, we caught gas in balloons by placing effervescent vitamin c tablets into bottles of water and quickly attaching a balloon to the neck of the bottle. The tablets created gas in the water, which made the balloons inflate. 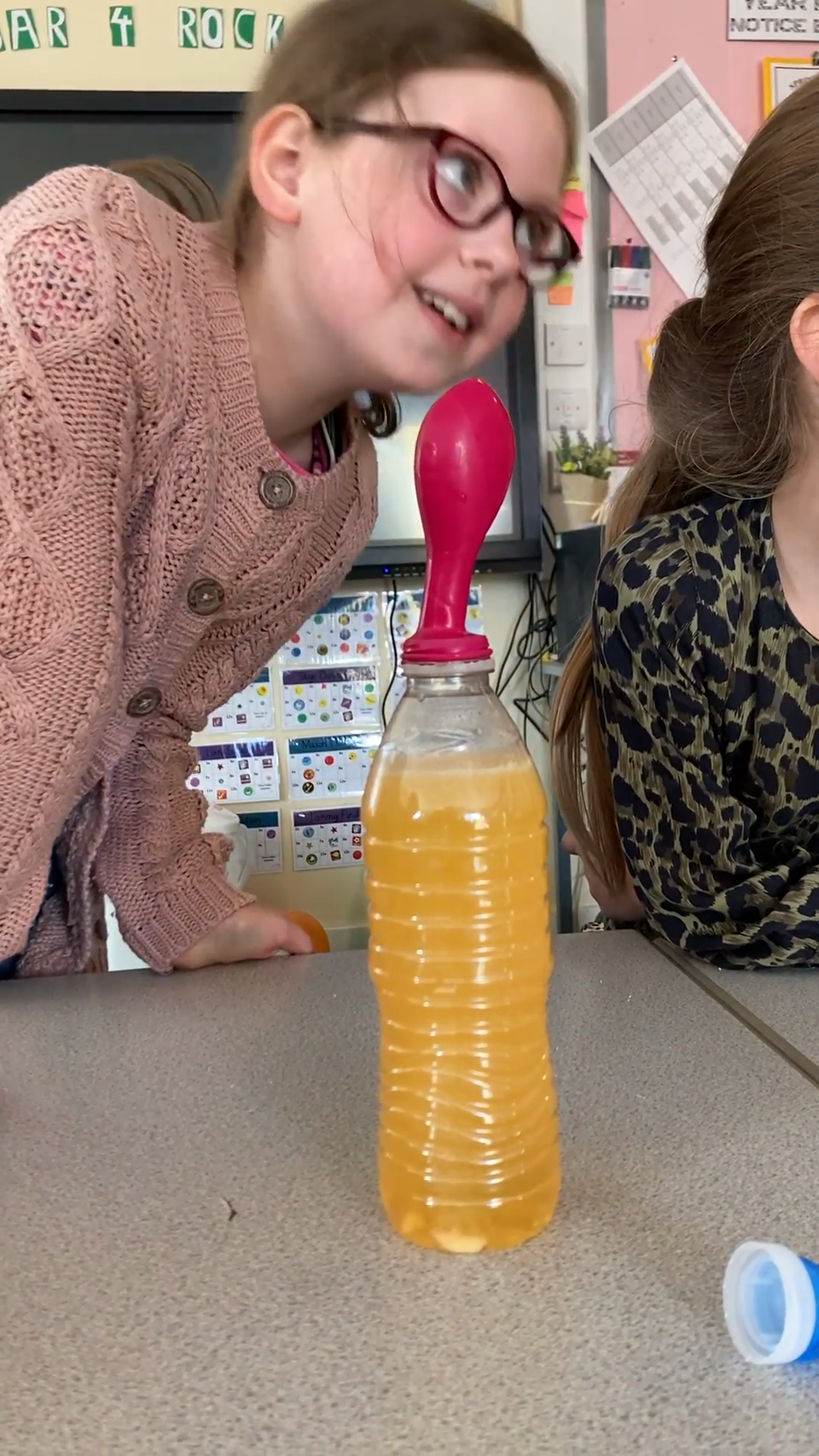